Mark Spurway has been growing trees for all of his working life.

His father Humphrey Spurway pioneered large scale Christmas Tree production in the United Kingdom in the late 1970s and was the first grower to introduce Fraser Fir to the UK market on a commercial basis.

The major holding is in West Perthshire with 700 acres of growing trees on south facing slopes.

The most developed of modern tree growing techniques combined with the wisdom of generations of tree farming allow for some immaculate plantations which Mark will be only to happy to show you around. 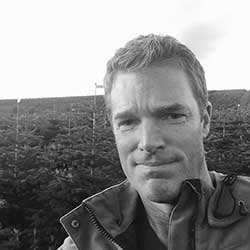